102 Free EduGames to Spice Up Your Course! 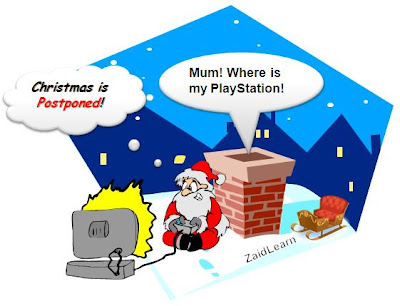 "Never play a video game that's trying to teach you something." - Justin Peters (2007)

Terms like educational games, game-based gaming, and social impact games don't sound too bad. But, Serious Games sounds awful! I mean, who wants to get serious about playing games (I want to relax and have some fun!)? The name itself is capable of killing the joy of playing games before even wanting to. I suppose some innovative name rebranding could help to facilitate and globalize the idea of using games to facilitate the (formal) learning process. Though, I think the term 'Edutainment' is quite good. My favorite would probably be EduGames. But, I believe we have yet to discover an attractive term for educational gaming that reach the 'Yummy' factor.

Anyway, this post is not about attacking or supporting the idea of EduGames to facilitate Higher Learning. There are tons of articles out there (Google it!) talking about the potential of EduGames (e.g. Game-Based Learning: How to Delight and Instruct in the 21st Century - Joel Foreman). Although many articles and papers talk about EduGames, they often don't include a comprehensive directory or list of juicy free EduGames. So, this post will skip all the theoretical Mambo-Jumbo, and link you right to the juice (that I have managed to discover!).

In short, this article (or post) is about exploring and discovering free educational games that could be useful to embed within or across courses (and programs) to spark more engagement, challenge, mystery, exploration, collaboration, problem-solving, decision making, imagination, fun and thinking into the learning process.

EDUGAMES SITES?
But, before we explore 102 EduGames! Here are a few online resources that you might want to explore first (Macro-level):

102 FREE EDUGAMES!
Initially, I wanted to compile an EduGame list, which included metadata, categories, chunking, screenshots, and tags. But, then I kind of realized it would require a lot more work from me, and less thinking and effort from you to find something useful. In other words, it would minimize the challenge and discovery aspect of finding what you want in the list (if there!). It would take way the challenge and might even hinder you from finding what you are looking for (especially, if my categorization and tagging is poor!). Yes, it would take away the gameplay challenge of mystery, suspense, joy, exploration, fun and incidental learning. "WHATEVER! Just get on with it!"

Here are 102 FREE EduGames that sounds and looks interesting for formal or informal learning (Haven't tried all yet!):

"Oh man, I don't even have time to try one (or even read this list!), and now you give me 102. Come on!" Who said you need to try out or read this list. Just share it (the URL) with your students, and tell them the kind of game you might want for your course (Challenge), and let them individually or in groups explore, discover, reflect, select and write a recommendation report. In short, this EduGames list could be a good starting point to start the EduGame discovery journey. 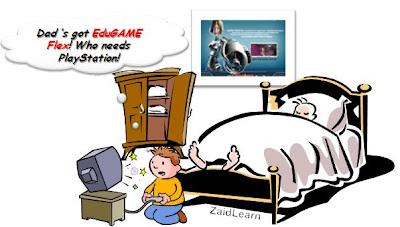 If you are looking for a list that will actually grow (as I discover), please go here: GAMES GALORE.

This post is dead and buried (for now!), but my del.icio.us adventure will continue. Finally, please don't take EduGames too seriously, don't get addicted, but have fun playing them while learning :)

Another great charity and game site is AIDtoCHILDREN.com. It donates money to children in need through World Vision.

Check it out at http://www.aidtochildren.com

Hi Zaid
This is yet another great compilation list. How do you do it??
I can see that I will doing another referral post very soon :-)
Patricia

I have this great passion to organize all the useful and interesting online resources for Higher Education and make it easily accessible to mankind! Just kidding :)

I did some research on EduGames a few years back, and kind of know where to find a lot of interesting games. So, to make it easier for others, I compiled them and made them easier to access (I hope!).

Thanks again for your comments and reflections :)

Thanks for sharing this site and game. This game reminds me of FreeRice :)

Whether it is rice or money, we do hope that the efforts help those children or families in need.

I have added the site to my delicious collection:

we've also cataloged a number of games at http://www.ramogames.com

Hello Zaid
=) .
Very good job ! I think thats was so mutch work . :)
But the most important and that the end appeared very cool. :))

http://www.virtual-u.org/ I think its cool in my opinion .

Nice blog I like it ! I like the template and pictures keep going ... if you want the best free hosting ... details at http://hubpages.com/hub/hosting-my-sql-web and much much more ...