Using Twitter to Amplify Connective Learning and Sharing at ICEL 2010 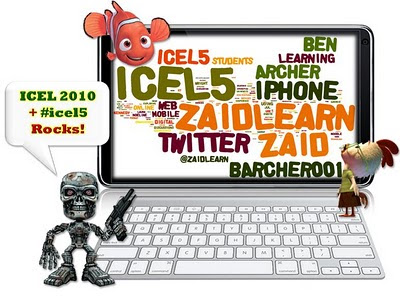 "If only one person knows it, nobody knows it!"
- Ludwig Wittgenstein

#ICEL5
I have already written a post about the story behind this Twitter experiment, but if you missed it, here is a visually stimulating clarification: 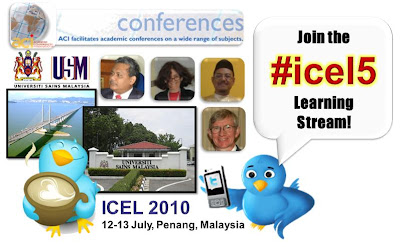 If the picture above makes no sense, then perhaps you can find some time to watch this 5-minute video tutorial:
Besides this, I would like to highlight that if you are an active Twitter user, Monitter might not be the ideal tool to monitor/track a word, phrase or hashtag (e.g. #icel5). Instead, you might as well use the 'Search' function in Twitter, and then save the search, which you can follow.

Another tool you might want to consider (among several) is TweetDeck, which provides you a host of excellent features to track whatever you want, and also enables conveniently to update your own Twitter world. If you are using an IPhone, you are probably going to love the TweetDeck application.

Alright, so did the #icel5 learning stream idea work?

THANK YOU!
But, before going into that, I would like to thank everyone involved with the 5th International Conference on e-Learning (ICEL 2010) for making it a sizzling learning adventure (Universiti Sains Malaysia, Penang, Malaysia 12-13 July 2010).

Also, I would like to give a special thanks to Prof. Rozhan M. Idrus (Conference Chair) for inviting me personally, and making it a memorable and exciting learning adventure throughout, starting from Japanese sushi to promoting my blog (Say no more!).

In addition, Frashad Shah deserves a big thank you for picking me up from the airport and making my trip to the hotel smooth and easy. Yes, he will be joining IMU e-Learning team next month, and I am sure we can fuse our brain waves to innovate and inspire our University's e-learning ambition to new heights. Can't wait!

There were around 100 participants from 19 countries that attended, and that certainly made it more exciting. I probably chatted with at least 60% of the participants, and learned too much to babble it here...!

SO, DID #ICEL5 WORK?
Out of around 100 participants at the conference, only nine (9) joined (including me) or shared tweets using the #icel5 hashtag. I believe many in the audience were kind of new to Twitter (or were clueless). Prof. Rozhan Idrus did a great job in promoting the #icel5 hashtag (and my blog) during his opening speech.

However, next time we should perhaps facilitate a 10-15 minute Twitter tutorial (unless everyone is already using Twitter) to get more participants involved.

Here is a sizzling visual illustration of all the people that contributed to the #icel5 learning stream: 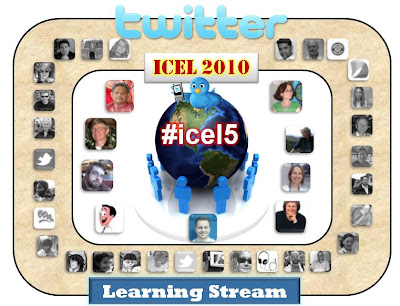 If you notice, you will actually notice that around 30 people (3 times more!!!) from the Twitter world (gray icons) also contributed to the #icel5 learning stream, one way or the other. Did we invite them to join? Of course not! They probably saw some interesting tweets while following our tweets, and then simply gave us their piece of mind, or retweeted interesting stuff here and there. Interestingly, a few of the tweets were even translated into Spanish (example).

So, was it a success?

Difficult question to answer! Below is a bird's eye view of all the #icel5 tweets (230+) shared over the 2-day e-learning conference: 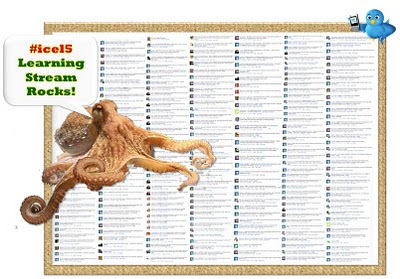 Cool graphic, but I want to review and learn something from these 230+ #icel5 tweets; Not just bells and whistles (and a octopus!)? No, problem! Here we go:

#ICEL5 Learning Stream
Not, bad! Surely, it could have been more participation, but overall it did generate some really interesting connections, ideas, reflections and resources. From a personal learning point-of-view, tweeting kept me busy thinking and pondering throughout the conference. I only felt sleepy towards the end of the whole conference. Usually, you will see me practically sleeping before the 2nd speakers is done (unless the presenter is awesome!).

So, what did I learn?

10 LEARNING NUGGETS
Here are 10 interesting things I learned during this e-learning conference:


CONCLUSION
In conclusion, I have to admit I didn't learn so many new things during this conference. I suppose when you subscribe to OLDaily and RSS most of the top learning professionals around the world that is a difficult prospect and mission.

But then again learning is so much more than simply learning new knowledge and following trends, whether it Web 2.0, 3.0, 4.0 or 10.0. Looking back, I am really excited to have connected with some amazing learning professionals, and hopefully I can continue to learn from and interact with these geniuses.

Finally, you can say what you want about Twitter, but for me, it rocks for learning! Why? It rocks, because it empowers me to connect, interact, and learn from people all over the world. And using a hashtag (#) to connect and collectively think (out loud) makes it even more convenient and dynamic. What do you think? Any better alternative (besides a Facebook wall!)? :) 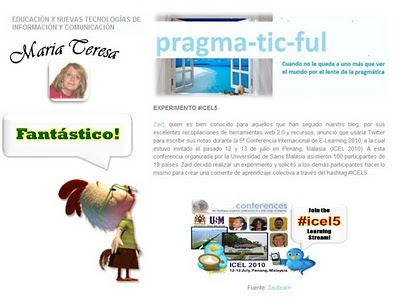 I would like to exchange links with your site www.blogger.com
Is this possible?

Thanks for your question, but I don't exchange links for the sake of it. It has to have some relevant learning value to ZaidLearn, otherwise forget it... It is as simple as that... 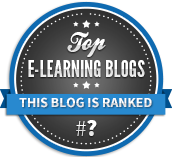 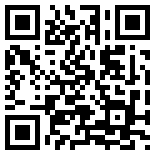